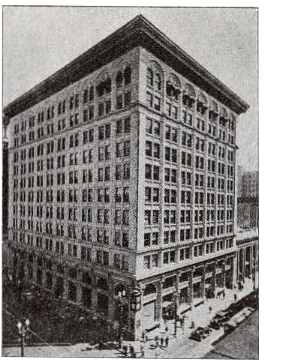 The building was constructed to be “fire-proof,” and includes a concrete incased steel frame and brick infill interior walls. Because the interior steel frame holds so much weight, the building has the luxury of filling a great portion of the exterior walls with large windows. In 1928, the company announced the incorporation of Jeffries Banknote Company and became the only company on the West coast to have the equipment to produce bonds and stock certificates engraved in accordance with the New York Stock Exchange. Tickets for the 1932 Olympics were also printed exclusively at the building.

In 1964, Jeffries decided to move his company to Pico Boulevard and sold the building to the Title Insurance and Trust Company. The California Environmental Quality Act (CEQA) considers the building at 117 Winston Street a historic recourse because of its ties to Train & Williams architecture and W.P. Jeffries.